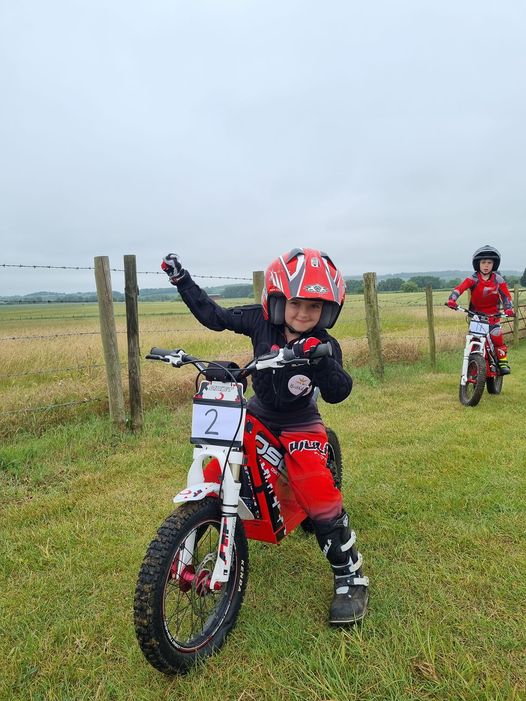 We are very lucky to have been able to use the famous Seymours Arena for round 3 of our OSET cup & youth trials championship. A great entry of 34 riders arrived on Sunday morning and by 10:30am the action started. Heavy overnight rain did change the perspective of the sections, but they remained surprisingly rideable as it appears the arena is like a big sponge! 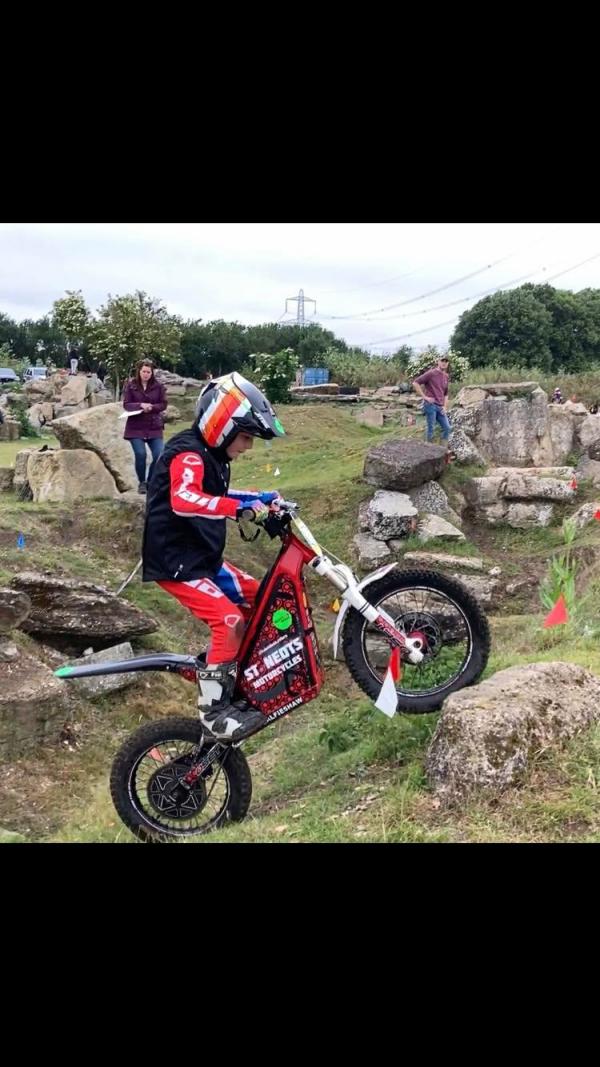 The beginner white route had a smaller entry this time of 8 riders. The scores were close but Seth Jenkin had an easy day out and cleaned the trial. Seth was followed very closely by Tommy Sturgess, dropping just 2 points. Emily Thompson, on her birthday (happy birthday!!) was 3rd place with 8 dropped. Emily is a fantastic young lady trials rider and will be one to watch in a few years time, maybe at the British girls championship?? Huw Edmunds wasn’t too far back from Emily, and Ruby Wareing not far back again. Ruby this time been minded by the inspirational Matt Dixon. Jessica Herbert has improved in just a week from round 2 at Hobs Hole. Jessica was riding some sections on her own now and will no doubt keep improving all the time from here on. 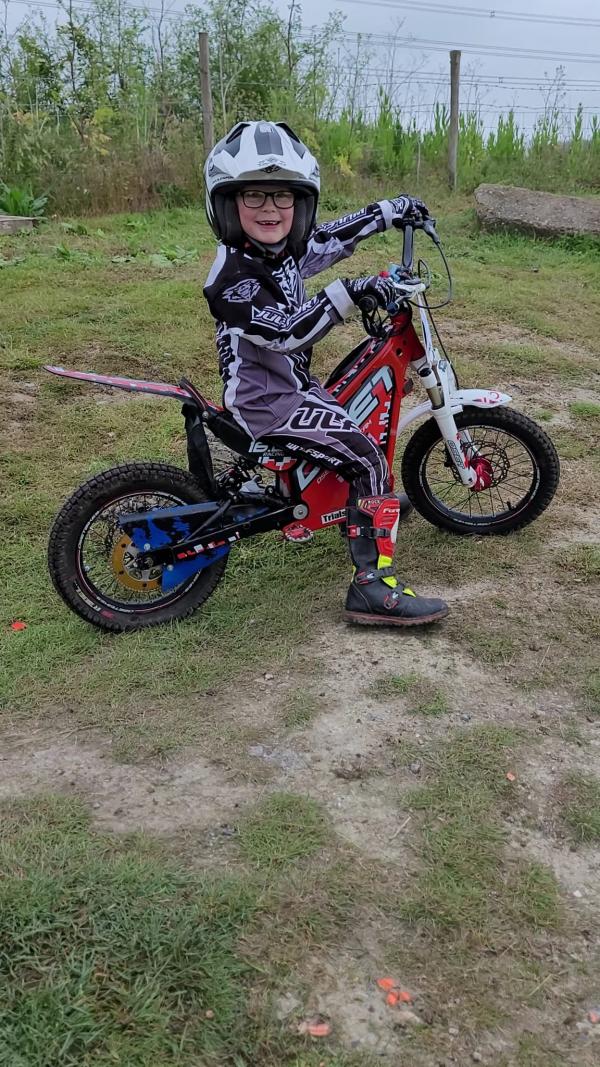 The yellow route was close through the whole field and is the most supported and most competitive class. Round 3 was won by the fantastic Kasia Pekala-Dayment. Kasia dropped 9 points and is starting to look confident on her OSET 24.0. Thomas Herbert was just one point behind Kasia. It was good to see Lewis Davis again, coming home in 3rd. Oliver Edmunds also had a 4th like his brother on the whites, with some great riding today. Preston Pow was another who was riding well and is improving all the time. Lestyn Wooley, Harper Oliver & Krystian Pekala-Dayment were separated by just 5 points. Harper was a little unlucky with some bike gremlins but kept smiling and working hard all day.

The blue route (OSET Cup) was a little down on numbers today. George Turner had some great rides after a long journey up from Plymouth. His aggressive riding style will take him far. Harvey Reynolds is also one for the future, at only 5 years old Harvey is pushing himself on a tough blue route. Both boys should be very proud of themselves. 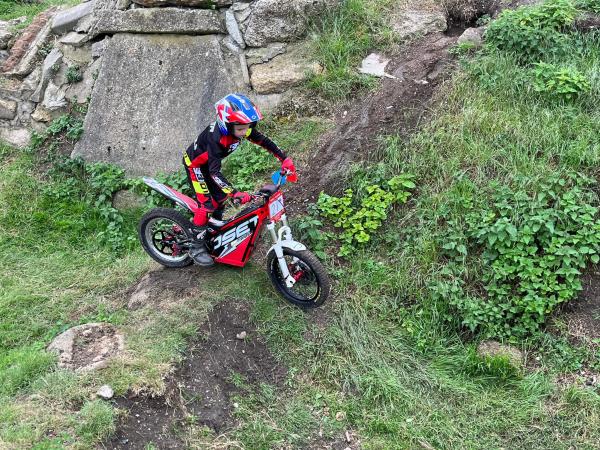 Blue petrols was won by Jack Rich. We are very proud of Jack getting around without us & riding round with his mates, having a good day out. He helps us setup and take down and is just generally a pleasure and a proper member of the DYTC team! Jack dropped 22 today and was followed by James Dawson on his evo 125. James looked confident riding around Seymours and it was great to have him with us. 3rd place was Max Hastings, who has improved from last week. Max tied on 37 with Joseph Baker, with max pipping Joseph on most cleans. George Wareing was 5th and had a great day out, smiling all the time. George is a very skilled & talented rider and it was good to see him enjoying himself with his friends. 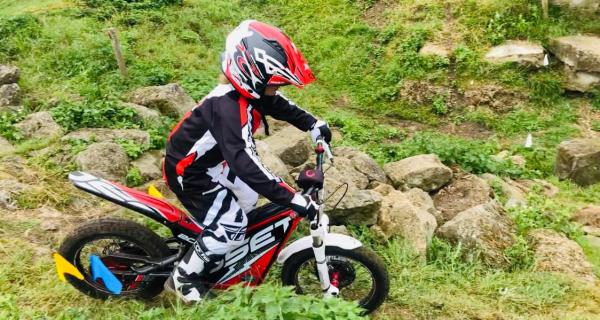 The hard route OSET cup had a familiar 1-2-3, with Sam Lefevre riding superb as always. Sam dropped 29 here. Alfie Shaw rode his heart out again, with lower scores on some sections than some of the 80’s & 125’s on his little OSET 20.0. Alfie also helped us pack up so well done! Alfie dropped 104 but that doesn’t tell the whole story of how well he rode. Samuel Millmore is another rider who is very skilled with a fantastic attitude. It was a tough day for Sam with the combination of a first visit to the tough Seymours Arena and the wet grass really testing him. Sam will go far and we really appreciate the length Sam’s family have gone to in coming to ride with us.

The petrols on the hard route had a good work out too. Kayleigh Rich took the win after a difficult trial mostly on her own on her new Beta 125 machine. Zach Reynolds was close behind in second place on his GasGas 80cc. Aaron Watson was 3rd, with the top 3 all close on points. Hayden Pimley & Marcus Hastings were very close again, separated by just 3 points. Both boys had to work very hard today and should be proud of their efforts.

Just to mention, we are getting lots of lovely comments about our observers! I just want to thank them again. My daughter Kayleigh and others reported back about how supportive Ray was on section 1. Claire Pimley on section 8 is so supportive of the kids. We are very thankful to have North Berks Mcc secretary and chairman observing and last but not least the superstar Alicia Robinson on section 7. Alicia is off to compete in the world championships and leaves for Barcelona on Wednesday. Alicia is an inspiration for Kayleigh Rich & I’m sure lots of other little boys & girls. We wish her all the luck in Spain!

Big thankyou to North Berks Mcc, Stuart Robinson & Sue O’Sullivan for working with us to get this event running.

Our tour of the midlands continues and we visit another top venue on Sunday 26th June at Earl Shilton Trials Club. Hope to see you all there!